Phenolic compounds are of great interest in cancer research since they present selective antiproliferative and cytotoxic effects on cancer cells and protective effects on normal cells such as antioxidant, antimutagenic and anti-inflammatory activities. The biphenolic compound, 3,3′,5,5′-tetramethoxybiphenyl-4,4′-diol (TMBP) is a product of 2,6-dimethoxyphenol biotransformation, which has been demonstrated as a potential drug for non-small cell lung carcinoma. Hepatocellular carcinoma (HCC) is the most aggressive and incident subtype of primary liver cancer, with low survival rate and poor therapeutic response. In view of that, this study aimed at evaluating the cytotoxic effect of TMBP on the HepG2/C3A cell line of HCC.

HepG2/C3A-treated cells presented reduced viability in all concentrations and times tested, resulting in the IC50 of 50 µM at 24 h. There was an increase in ROS and NO, which is responsible for organelle damage and mitochondrial dysfunction, leading consequently to the loss of ΔΨm. We also evaluated an increase in lipid droplets, indicating extensive cell damage. Treated cells showed cell cycle accumulation in G2/M phase and increased PS detection, indicating that TMBP induces an apoptotic process in HCC cells. 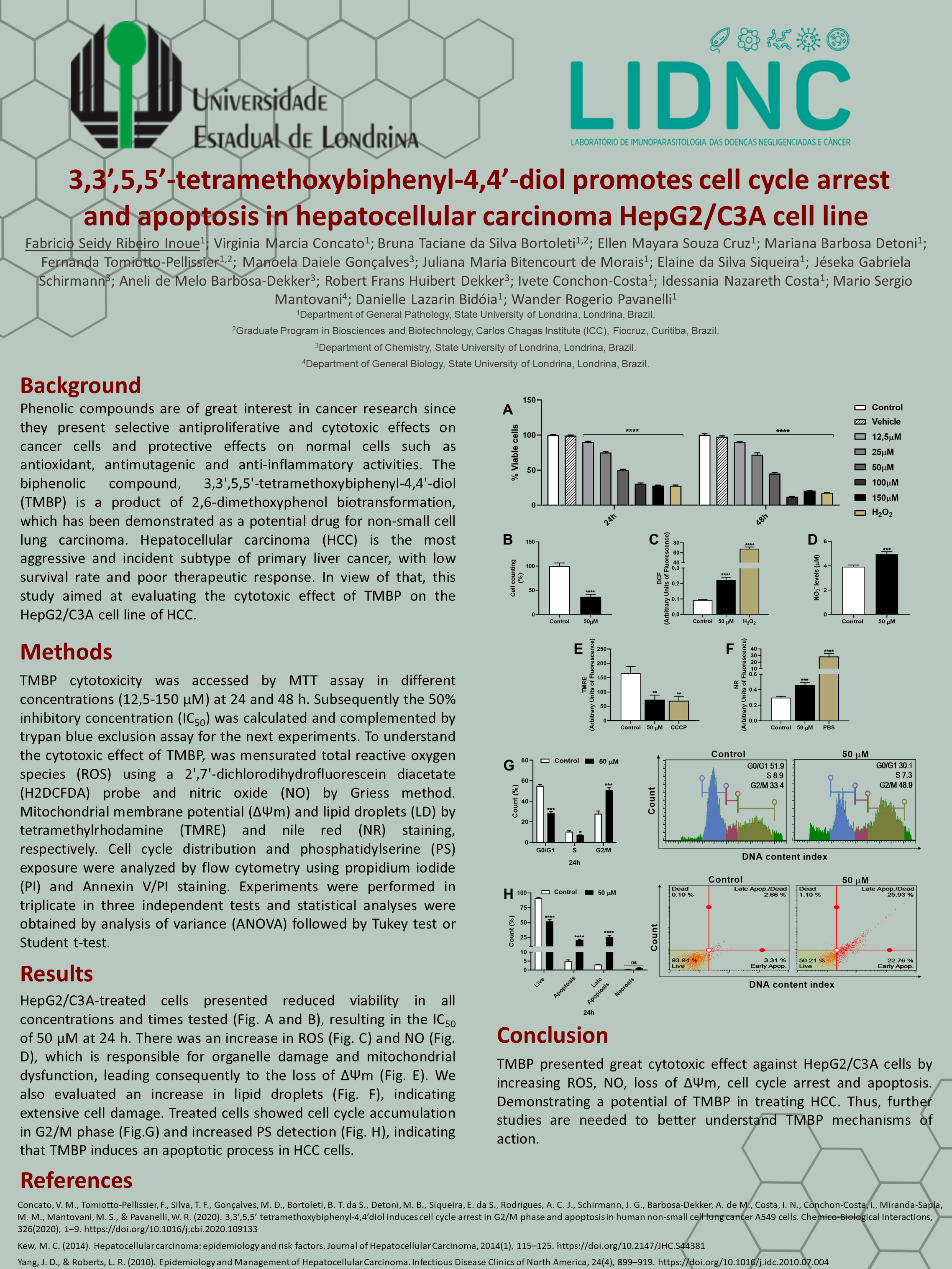