Sleep Disturbance Is Associated But Not Specific to Dissociative Disorder: A Review

Sleep disturbance is commonly found in dissociative disorders in both clinical and non-clinical populations but also found in PTSD because it is related with a similar etiology. 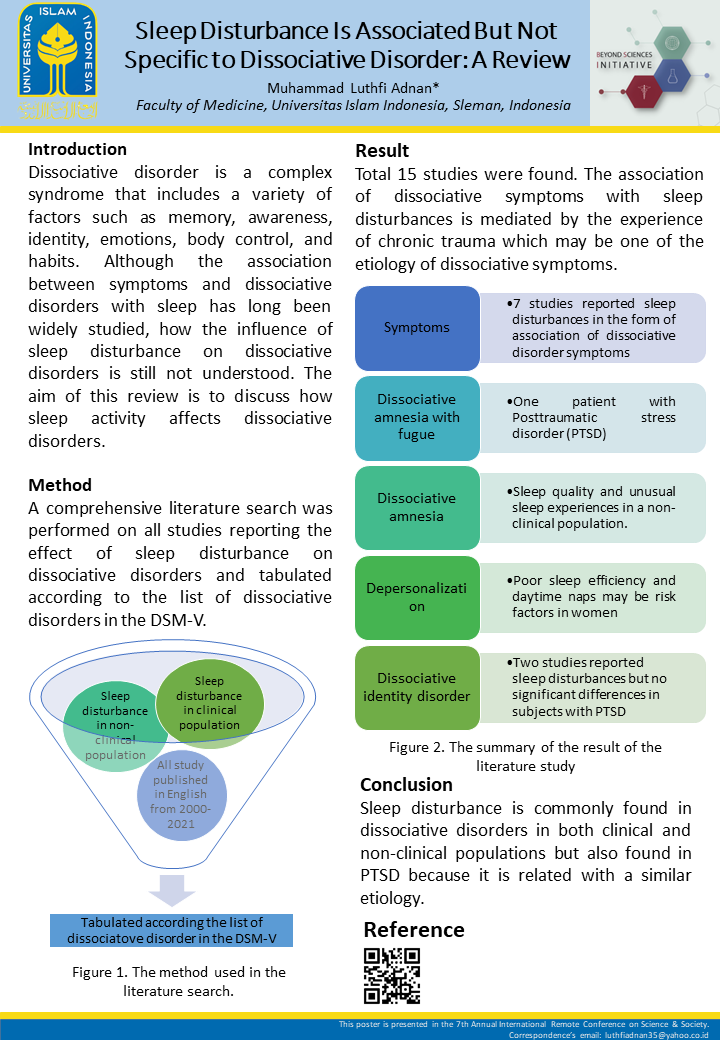