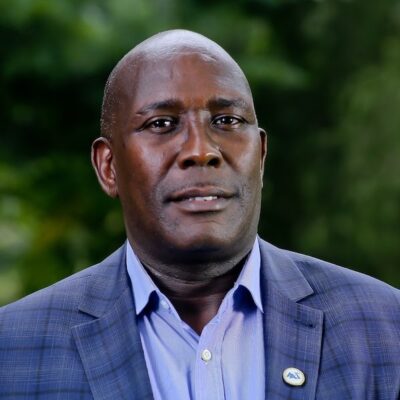 Talk title: The Alliance for Accelerating Excellence in Science in Africa

Tom Kariuki is the Director of Programmes/AESA Platform at the African Academy of Sciences (AAS). He leads the Alliance for Accelerating Excellence in Science in Africa (AESA Platform), which was launched in 2015 by the AAS and the New Partnership for Africa’s Development (NEPAD) Agency (now known as the African Union Development Agency (AUDA-NEPAD)), and which has so far mobilized millions of dollars to support scientific Research & Development (R&D) priorities to shift the centre of gravity of African science. An internationally recognised immunologist, Kariuki leads the Academy’s programmatic activities to accelerate world-class research, foster innovation, and promote scientific leadership on the continent. He oversees the funding of research, development and commercialisation of novel, high-impact STI solutions for the continent, and is cultivating strategic partnerships with academic institutions, governments and industry globally to transform Africa’s future through science-led, knowledge-based economies. Kariuki has published widely on various R&D strategies and on policy-related research and development. He is a recipient of several local and international grants, prizes and awards.