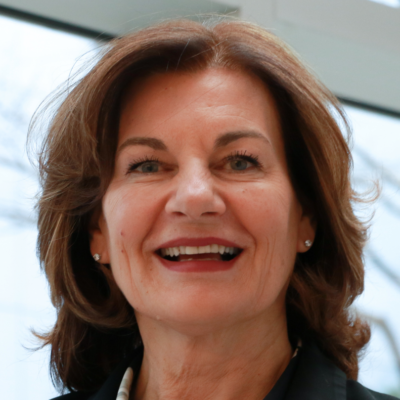 Talk title: How to Inhibit the Undruggable MYC Oncoprotein in Cancer

Dr. Linda Penn is Senior Scientist at the Princess Margaret Cancer Centre and a Professor in the Medical Biophysics Department at the University of Toronto. She is also the inaugural Director of the University Health Network’s Office of Research Trainees. She is a scientific advisor on several national/international review panels and is on several journal editorial boards, including Senior Editor of Cancer Research. She has been honoured with several awards, the most recent being an Honorary Doctorate Degree from Linkoping University in Sweden.

Dr. Linda Penn conducted her PhD at the University of Toronto and Hospital for Sick Children with Dr. Bryan Williams, focusing on interferon as an antiviral. She then pursued her Post-Doctoral Fellowship at the Imperial Cancer Research Fund in London, UK with Drs. Hartmut Land and Gerard Evan to study the MYC oncogene in Cancer. Moving back to Canada, she established her lab with a focus on the regulation and function of MYC in cancer, and then added a second focus to the lab on evaluating the role of statin drugs as anti-cancer agents.